Whilst on holiday in Thailand, Marc Spits met a baby elephant named Mosha, who had lost her leg after stepping on a landmine. She is the first elephant to be fitted with a prosthetic limb, and in 2017, she received her tenth artificial leg. 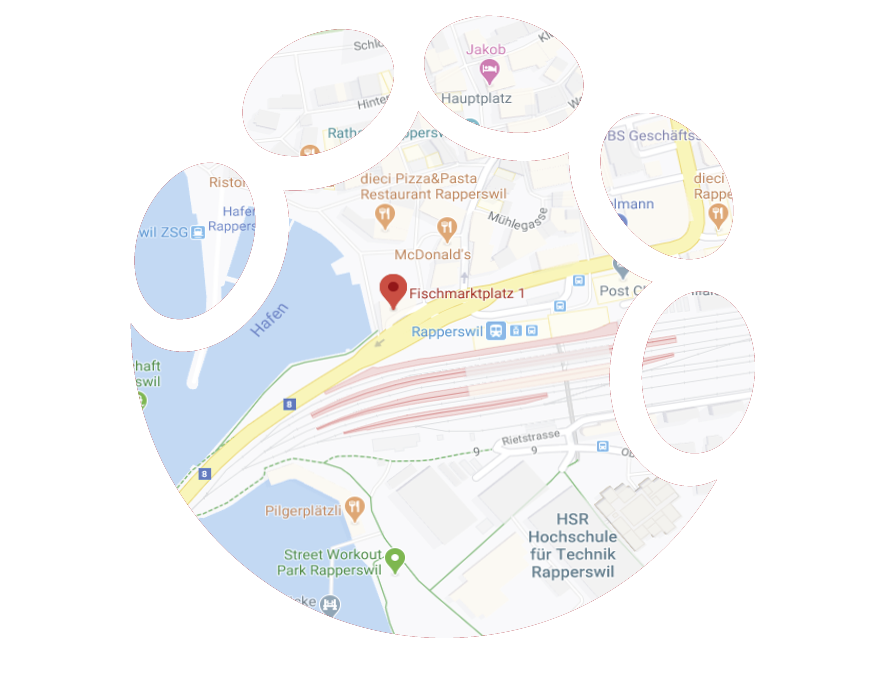 At seven months old, Mosha stepped on a landmine and lost her front leg.
She became the first elephant to be fitted with a prosthetic limb.


It was Mosha who inspired father and son Marc and Mike Spits to create Elephant Parade in 2006.

Known as the “gardeners of the earth,” many plants and animals depend on elephants for their own survival. If elephants disappeared, many other species would too.

“We wanted to help Mosha and create something structural that would be profitable in the long run. This is the only way in which we can provide the elephant a sustainable future,” said Marc. 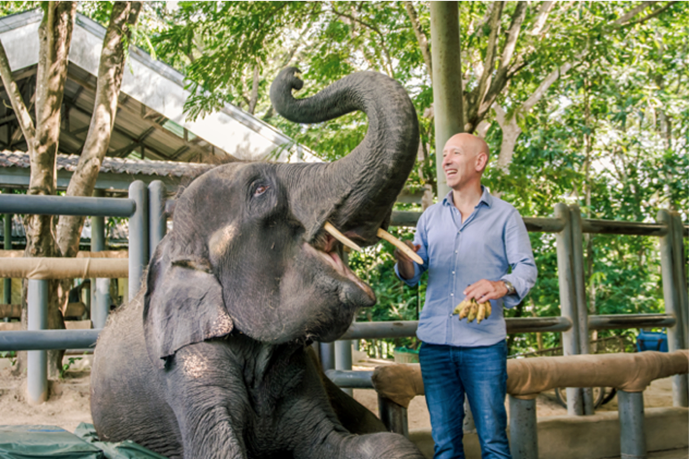 One of the founders, Mike Spits, feeds Mosha.

The first Elephant Parade exhibition was held in Rotterdam, The Netherlands, in 2007. The first organization to receive contributions generated by the Elephant Parade was Friends of the Asian Elephant Hospital, where Mosha is based. The hospital continues to receive funds for taking care of Mosha.

Since its inception, Elephant Parade has had a simple goal: to raise funds to save elephants. 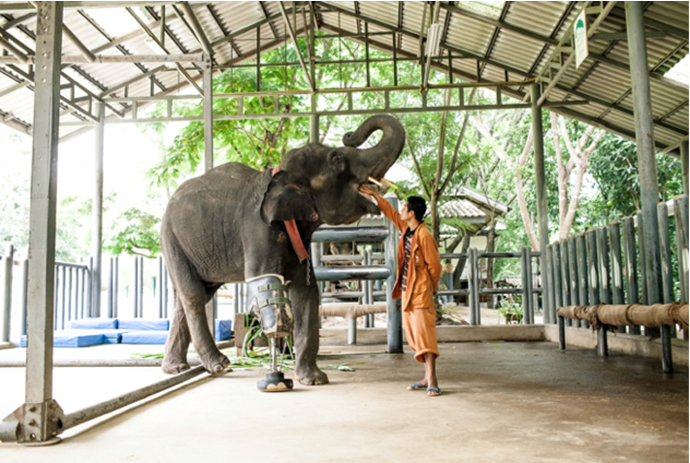 Mosha at her home, Friends of the Asian Elephant Hospital, in Lampang, Thailand.