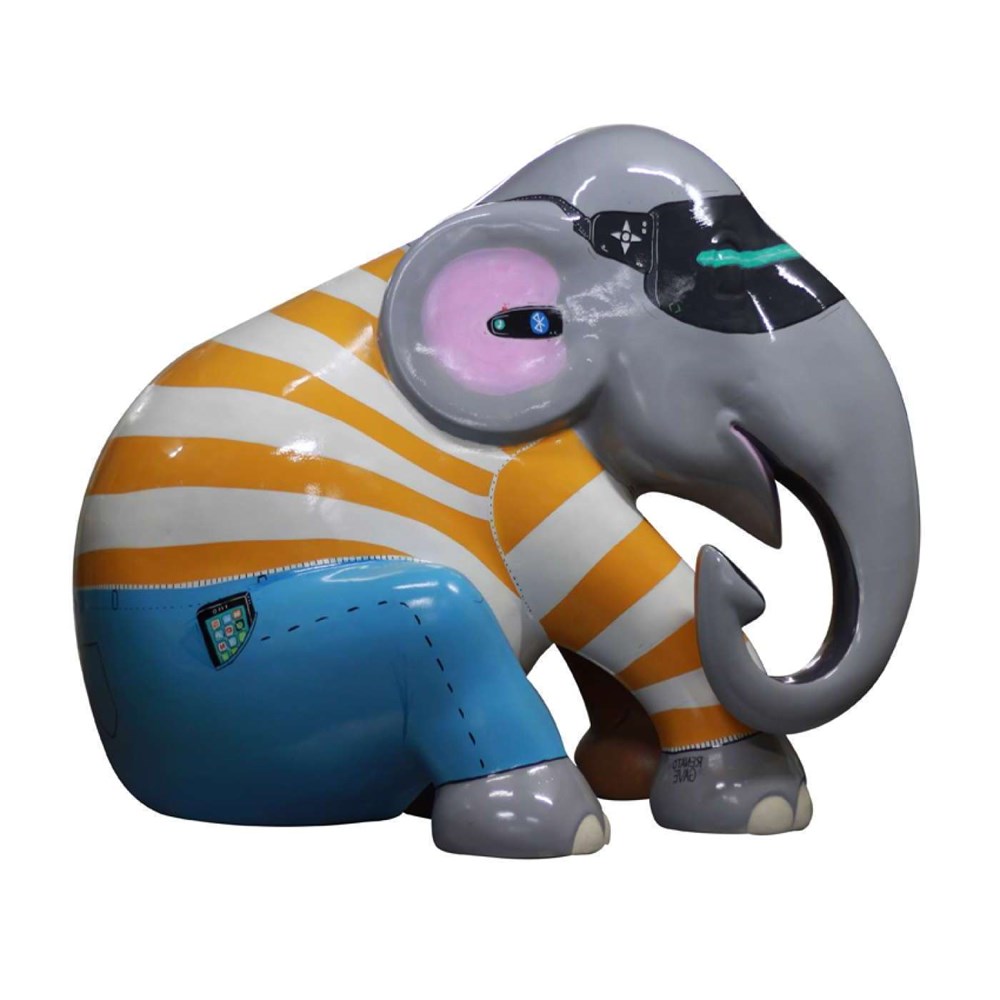 The artist created a parallel between the species evolution and tech evolution. At the same time that we connect and embrace the future is very important to remind that progress isn't a destruction synonymous but learning instead. This way there is a second meaning that expresses the battle between nature preservation and society with general art culture.