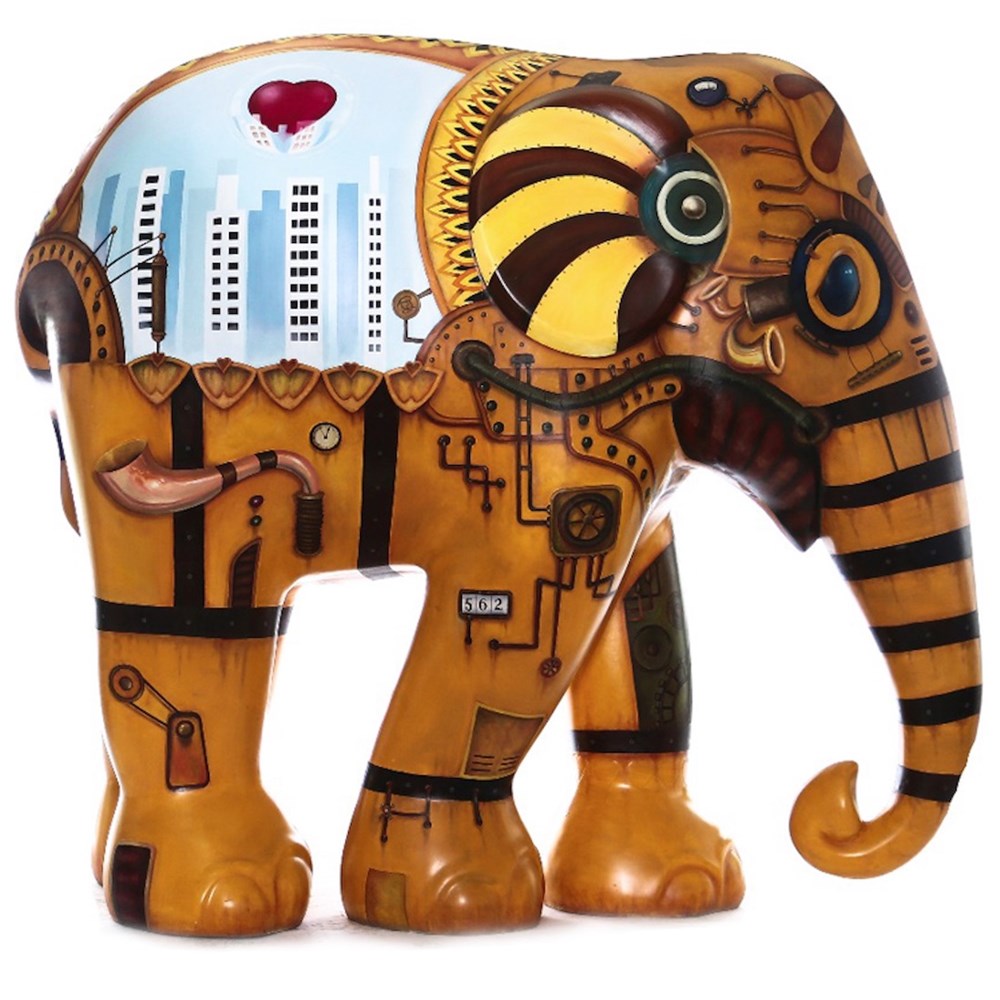 My project was inspired on the steampunk genre that can be explained in a very simple way comparing to its literature origin. Based on this sci-fi universe created by famous writers as Julio Verne at the end of 19 century, it exposes the steam tech to impossible levels applied to cars, planes and even robots. The city of São Paulo is the same of this fiction scenario with a steam machine with modern aspects that can smash us at the same time that is produces love.