From July 5th until September 30th 2016, a magnificent array of colours explored Taiwan, in the shape of Elephant Parade®’s herd of 42 individually decorated life size baby elephant statues. Hosted by Shin Kong Mitsukoshi Department Store these playful characters, forming the world’s largest open air exhibition, brought joy to the public and raised awareness to the plight of Asian elephants. The parade debuted in Taiwan for the first time in summer 2016. Since 2007 the parade has been held in The Netherlands, The United Kingdom, Singapore, Hong Kong, Thailand, Italy, and numerous other places around the world. In Taiwan, the elephants have had quite the tour, visiting 16 scenic spots and historical sites.

Elephant Parade is a fusion of playful artistic brilliance combined with, and founded on, a deep social mission. The global Elephant Parade movement was inspired in 2006 by a baby elephant called Mosha. First father, Marc Spits, and then son, Mike Spits, the founding partners met Mosha in an elephant hospital in Lampang, Thailand. Mosha at just 7 months old had lost her leg to a landmine. Mosha was fitted with the first prosthetic for an elephant, and receives continued structural support from Elephant Parade, and has since remained a happy healthy elephant. Mosha’s story of adversity is the core message of Elephant Parade, and she features in every exposition as a symbol of the organisation’s core values to protect and care for elephants.

The 1.5 metre elephants were on show from 5th July until 30th September 2016 at Taipei Xinyi Place, Taichung Zhonggang, Tainan Place, Kaohsiung Zuoying stores. Within the congregation were three favourite Elephant Parade deigns complemented with never seen before new works of art such as “We love Mosha Taiwan”, “Rambling Rose”, “In green I can’t be seen”, “Mosaic Wings” and “Flitter Flutter”. 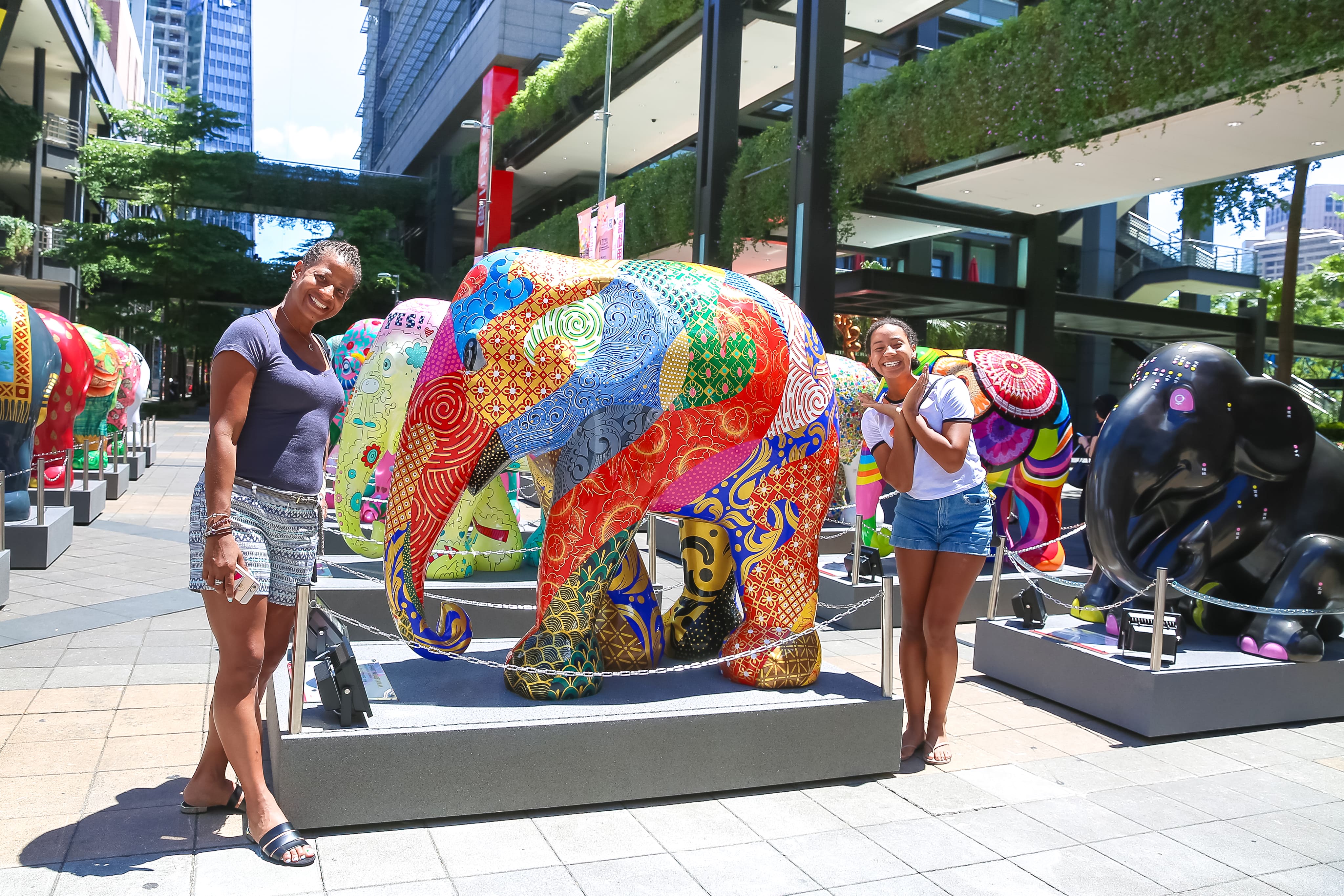 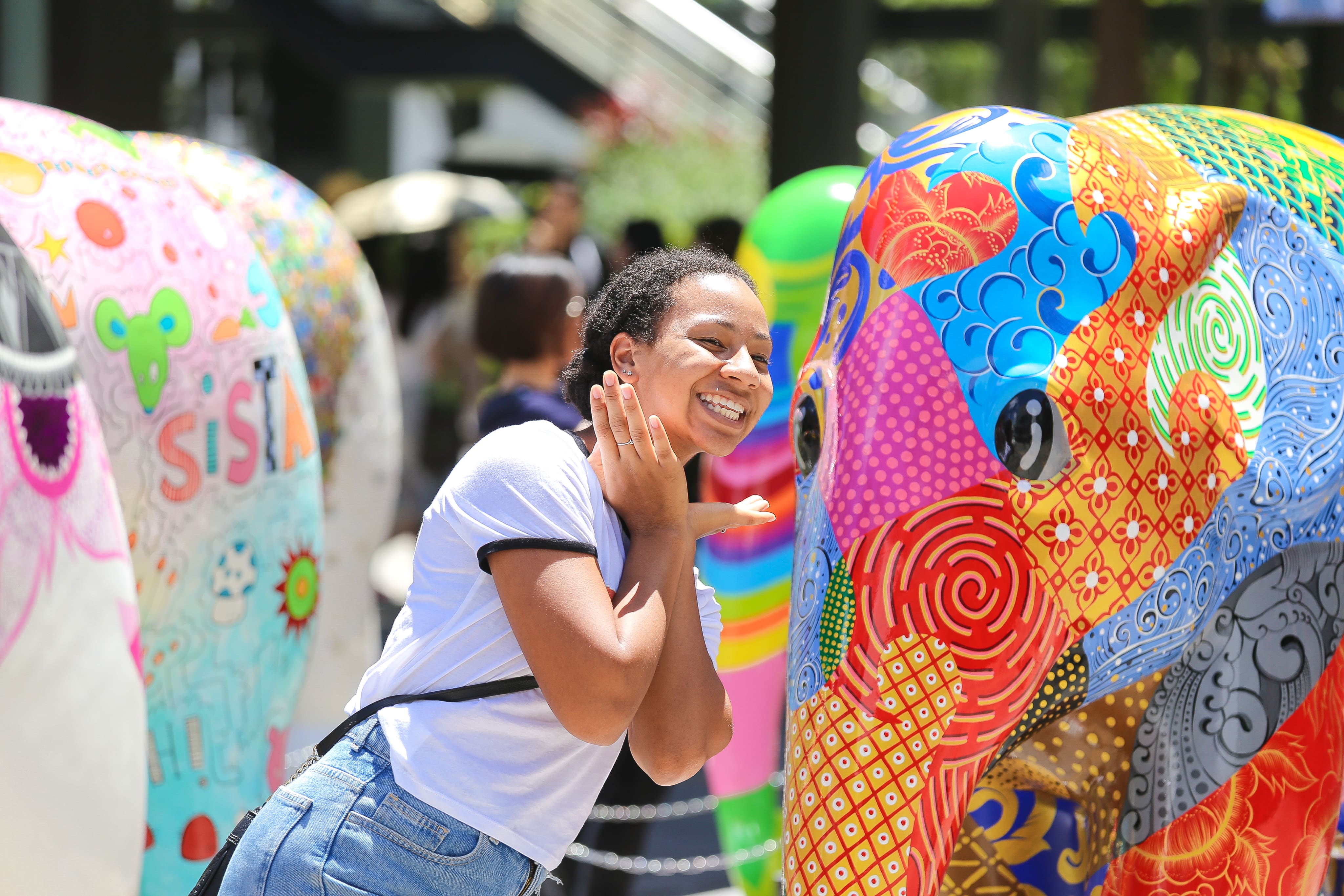 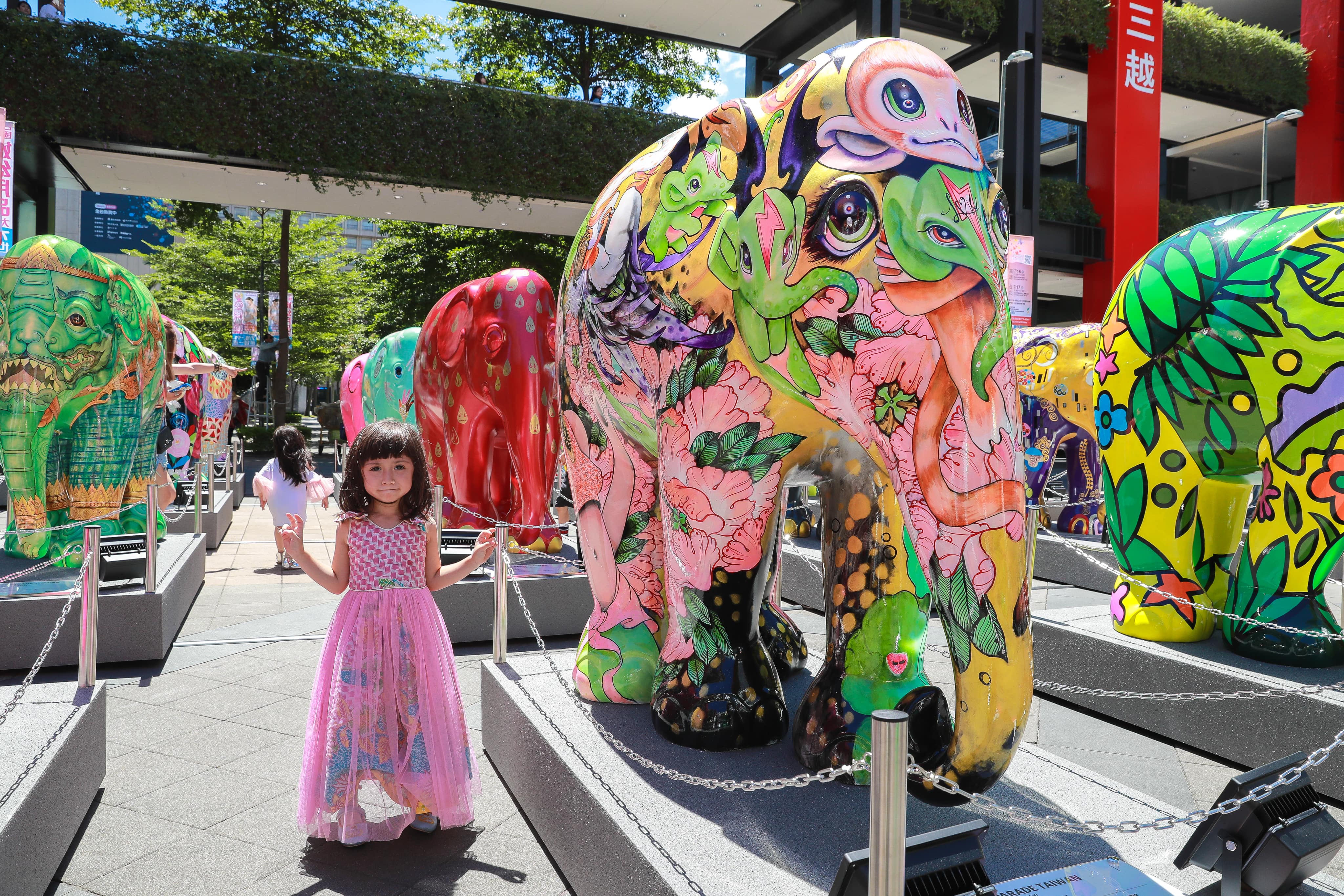 Sweet Sky Is A Stargazer, She Will Take Me Home 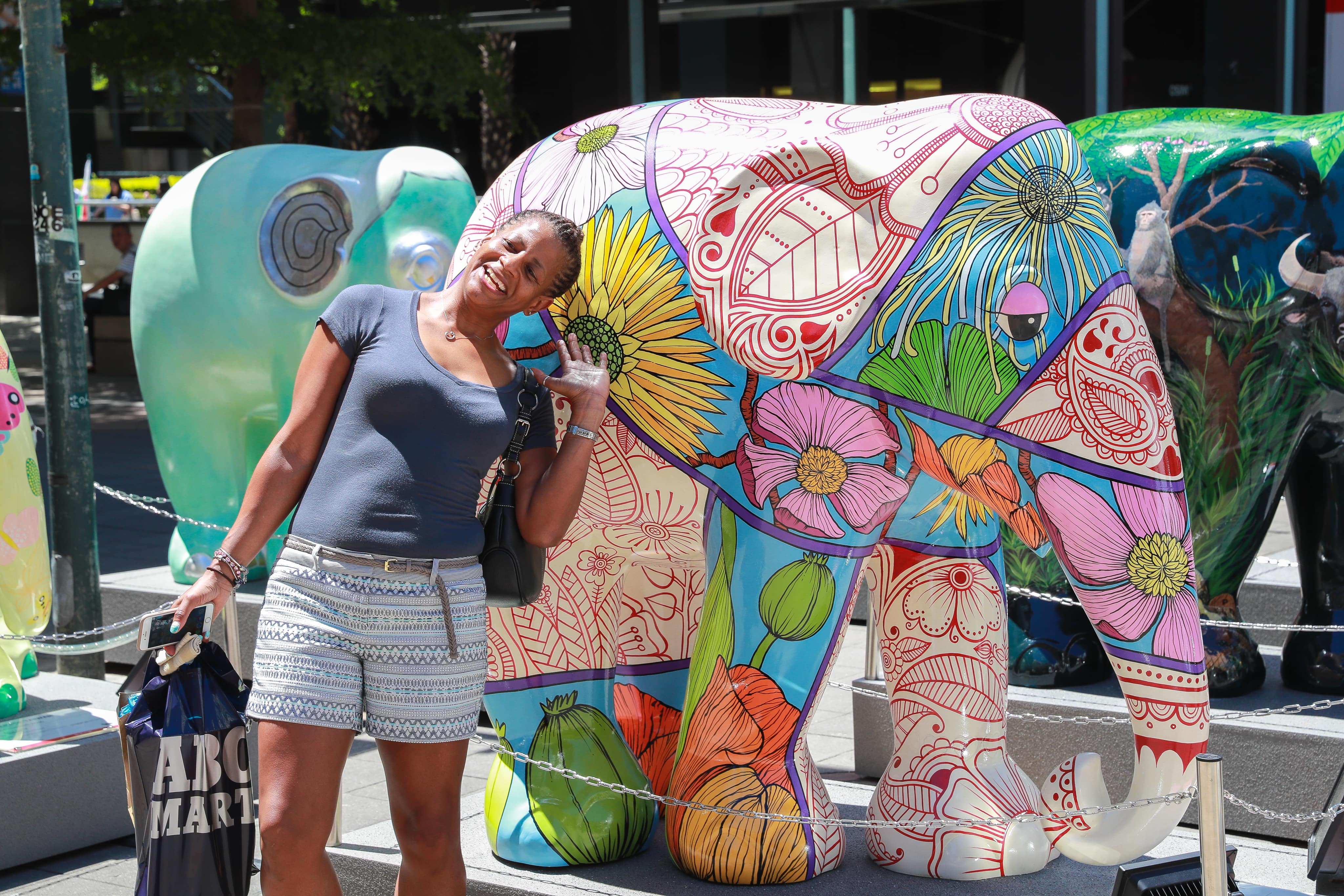